Email Open Rates are on Their Way Up! So Why Does No One Care? Email open rates are on the rise, but few are celebrating the ascent. According to Epsilon’s Q1 2014 Email Trends and Benchmarks report, open rates have increased from 26.2 percent in Q1 2012, to 32.9 percent in Q1 2014. An increase of 26 percent over two years is nothing to sneeze at, but what are we really measuring?

Open rates have historically been considered an important success metric for email marketers, as they were thought to tell us how engaged subscribers are. Unique opens by subscriber are also tracked for identifying who on your list has become inactive. Yet fewer email marketers and email service providers are utilizing the metric for gauging campaign effectiveness. According to Marketo, open rate is so unimportant that they advise clients to replace it with an Engagement Score, which measures overall engagement on a campaign.

So why have we seen an increase in open rates over the past two years? What has changed, and what new market trends could be driving this metric upward? I asked Quinn Jalli, SVP, Strategic Initiatives Group at Epsilon, for his observations:

He continues his point by explaining how open rates are determined, “Because open-rate tracking relies on images, it isn't 100 percent accurate. If a subscriber's email client has images turned off, the tracking image won't load, and their campaign won't register as ‘opened’ [for that user]. Alternatively, because email clients like Gmail and the iPhone email app download all images before an [actual] open occurs, they may register artificial opens where none has occurred.”

So are open rates increasing solely because of changes to image rendering, or is there more to the story? How much have marketing automation, better segmentation, new technology (such as dynamic image rendering), drip campaigns and video in email helped? The answer isn’t clear. According to Loren McDonald and the “2014 SILVERPOPEMAIL MARKETING METRICS BENCHMARK STUDY”, open rates for drip campaigns and triggered sends are on average 4 percentage points higher than manual sends. And according to ESP Lyris’ Annual Email Optimizer Report, only 39 percent of marketers who segmented their email lists experienced higher open rates.

While new technologies such as dynamic image rendering and video in email have improved click rates on specific campaigns, these elements only occur after an open, and so open rates are unaffected.

As illustrated in the table above, open rates for automated messages are about 4 percentage points higher than manual sends. So, while open rates are increasing, it appears that the metric itself is declining in popularity.

Be sure to look out for my next blog post where I’ll tackle the question: if open rates are not a great metric for measuring engagement, why am I removing people because they seemingly haven’t opened? 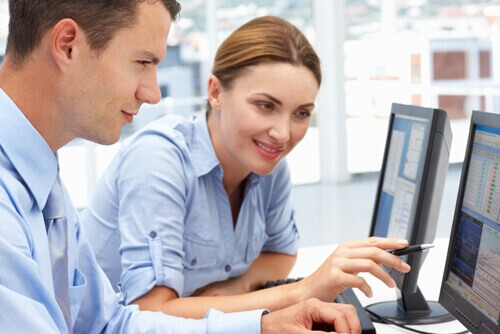 All professionals must take responsibility for data quality rules Exploring social media data and its impact in 2014