Getting real business results from the DATA Act

It's become a generally accepted fact nationwide that higher levels of data quality are required to help the United States achieve more across the board. All sorts of organizations - public and private, large and small - have been clamoring for greater access to relevant, up-to-date information about the country and its citizens.

Luckily, they're now beginning to hear some response from Washington, as the federal government is making open access to high-quality data into a real priority. President Barack Obama just recently signed into law the Digital Accountability and Transparency Act, which is expected to have a tremendous ripple effect on countless industries.

Under the DATA Act, we can now expect more publicly available information, better reporting from government agencies, and a strong set of nationwide standards for the quality of all data, especially information that's financial in nature.

This is a very strong start, but it doesn't mean the United States has yet reached its full potential in terms of capitalizing on information management. According to Excellence in Government, there's still more work to be done. Dan Chenok of the IBM Center for the Business of Government believes that government and industry need to work together to better leverage the data that's being made available.

"The DATA Act is not just, or even predominantly, about actions being taken within the government," Chenok stated. "Much of the law's impact will be on how recipients of government funds leverage transparency to improve the government marketplace, and how entities with a stake in how those funds are used enhance accountability by focusing on how well the programs serve their intended beneficiaries."

These four concrete actions should be next on the to-do list for American industry:

Developing data quality standards
GovExec notes that moving forward, industry and government should see themselves as partners, collaborating to develop standards for data sharing and transparency that make a positive difference for all relevant stakeholders. They should also think about data quality - people in all lines of work across the U.S. now have an interest in curating accurate information, and it's something on which they can all work together. Open standards, on a national or perhaps even global level, would benefit everyone.

Leveraging transparency for maximum effect
Government offices now have the green light to share all kinds of information with the citizenry, ranging from public health records to data about traffic patterns. The private sector should be able to use all of it to make a real impact. For example, people's medical histories might shed light on the next drug or treatment that needs to be developed, or traffic data might reveal the best way to improve public transportation. There's a great deal of potential.

Improving reporting practices
Everyone should also work together on making sure data is able to flow seamlessly from the point of capture to a place where it can be put to use. That traffic data, for instance - are government agencies handing out numbers that they recorded a year ago and painstakingly transmitted from place to place, or are they quickly moving forward with today's information? Timeliness is one of the most important aspects of data quality. No company wants to move forward based on information that's considered "old news."

Understanding people's real needs
The ultimate goal, of course, is to figure out the real needs of people and use data to address them. What problems do citizens have? Are they social, financial or health-related? Or do they want something more frivolous like entertainment? If companies can stay in touch with their customers, they can keep a finger on the pulse of society and figure out what people demand. Then, they can use data to deliver it.

Bringing together analytics and business intelligence to achieve results

How companies can maximize the return on their CRM investments

Building a plan for a comprehensive assessment of data quality 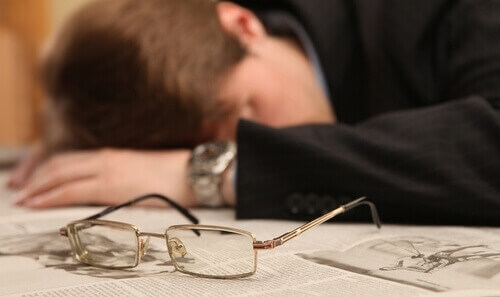 Overcoming the stereotype that data quality is 'boring'