Racing for a cure: Experian & The PMC 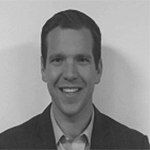 This past weekend Stephen Cargill, Matthew Chase and I took on the Pan-Mass Challenge (PMC). The PMC is a 192 mile bike ride across the State of Massachusetts from Sturbridge to the Provincetown. The purpose of the PMC is to raise money for cancer research at the Dana-Farber Cancer Institute in Boston and spread awareness of this terrible disease. The goal this year was to raise 48 million dollars.

This was my 4th year riding the PMC, and each year I keep going back because the atmosphere and people. Everyone is always in a great mood, even though they are about to embark on a crazy 192-mile bike ride. Everyone is there for the same reason and have all been affected by cancer in one way or another. Learning about people’s stories while riding is always an inspiring and emotional.

We took off from Sturbridge, MA at 5:30 a.m. and climbed the hills of Central Mass, over 110 miles to the Mass Maritime Academy. Once there, it was time to relax, talk to other riders about their day and why they ride, as well as eat more food than you can possibly imagine and drink some well-deserved beers. The next morning, after sleeping on mattresses that are about six inches thick in a dorm room with three people you don’t know, the ride commences again. While this may sound miserable, people embrace the idea of meeting new people and changing their sleep schedules for the weekend to raise money for such a great cause. Wake up time is right around 4 a.m., people pack up, drop off their bags and head to the bikes again; all with big smiles on their faces. When you hit the bike for the second morning, your body aches, but you persevere and push on, knowing that what you are doing will help to raise money for groundbreaking research and aid in finding a cure for cancer.

Sunday is 82 miles from Bourne to Provincetown, all through the gorgeous Cape Cod. After battling the hills of Barnstable and dunes of Truro, as well as the heat and rain for two days, it’s time to celebrate. At 3 p.m., the party ferry leaves of out of the Provincetown Harbor en route to Boston, live band and all. Once we hit the Boston Harbor, I reflected on what an awesome weekend I had just been a part of, then realized how tired my body was, and proceeded to go straight to bed! 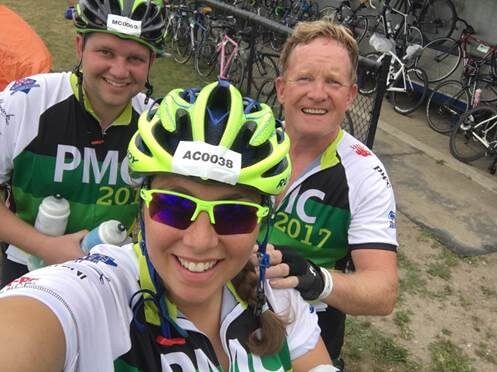 This year, Matthew Chase, Director of Channel Sales, completed his sixth ride but hit a milestone for being a volunteer/rider for the 25th year, impressive feat consider he is only 31 years old! Stephen Cargill, a Senior Account Executive, completed riding his first PMC this year and crushed it as well. Steve and I rode in memory of one of our best friends from college who passed away from brain cancer early in 2017, and Matthew rode in memory of one of his best friends who passed away from a type of cancer called Burkitt’s Lymphoma. Although we ride for our own reasons, the underlying theme is the same throughout. Beating cancer one mile at a time. Cancer sucks, but I believe that every dollar raised for the cause is going to help lead to a cure for this terrible disease. The advances in research over the past few years is remarkable, and we believe they are just scratching the surface of what they can accomplish with more funding. For now, Steve, Matt and I will continue to do our part by turning the pedals on our bikes, year after year, in the hope that in the end we weren’t just sitting on our bikes, but all along had been riding toward a cure for cancer.

Interested in learning more, donating, or getting involved with the PMC? 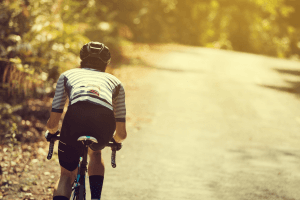 Showing support for the PMC 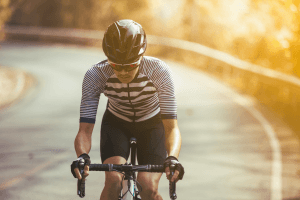 Experian teams up with the Pan-Mass Challenge 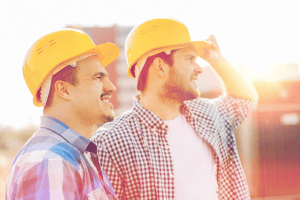 Making a difference together one day at a time 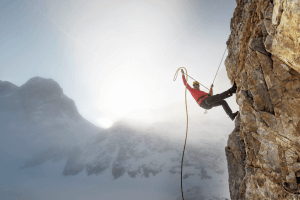