As the new year gets underway, organizations of all shapes and sizes are delving into matters of data quality with renewed focus. Information management leaders in all sectors have a need for highly accurate, usable information - this is true of both public and private organizations, large and small.

In January, the need for high-quality data came to light in education, health and more. Here's a rundown of the stories that made headlines this month.

High standards in Washington?
One question became a topic of hot debate in January - does the federal government have high enough standards for data quality? According to Eugene Robinson of the Washington Post Writers Group, there's room for improvement. President Barack Obama's administration is doing a lot to collect information, but not enough to ensure high quality or take action for national security.

"Collecting and storing unbelievable amounts of useless information is easy," Robinson argued. "Machines do all the work. Analyzing and sharing the right tidbits of pertinent information is hard, but that's the best way to prevent future attacks - and that's what Obama should tell the NSA to do."

If Washington does more to maintain high-quality data, it just might help organize key federal documents and keep the nation secure.

Data mining for public health
There's good news on the public health front. In Chicago, it came to light this month that the municipal government can help fight contagious diseases and other health conditions by tapping into data via social networking. Simply by reading people's Twitter feeds, for instance, the city can address important health issues.

Bechara Choucair, the city's commissioner of health, told the Chicago Tribune that he was eager to explore new sources real-time data.

"We wanted to try to reach out to Chicagoans in many different ways, and we know that a lot of people are on Twitter," Choucair said. "If they are experiencing food-related illness, they won't always pick up the phone and call us, but they will tweet it."

The so-called "Foodborne Chicago" initiative began in April 2013 and has since tapped into valuable public health information from 150 sources. These actions have led to such new developments as restaurant health inspections.

Improving online education
There's also hope for data mining in online education. The New York Times dubbed 2012 the "Year of the Mooc," as education startups have aggressively looked to help people learn on their computers without ever moving into a dorm or paying a hefty tuition bill. New enterprises such as Coursera have played a profound role in improving education.

"We were on the front pages of newspapers and magazines, and at the same time, I was realizing, we don't educate people as others wished, or as I wished," Thrun said. "We have a lousy product."

Fine-tuning big data marketing
Meanwhile, in the retail sector, merchants are eager to fine-tune their strategies for data-driven marketing. Specifically, they're looking to tap into information in real time, so that as soon as a customer walks into a store, the vendor is able to size them up and deliver information that's relevant to them.

Aptaris CEO Tom O'Reilly told the National Retail Federation's BIG Blog that soon enough, companies will try to work faster to deliver personalized service to the customers who demand it.

"Connection is the key," O'Reilly said. "Retailers need to connect to shoppers. Strategy needs to connect with systems and data."

Organizations in all sectors can benefit from gathering more data and accessing it at greater velocity. Of course, data quality is important as well. 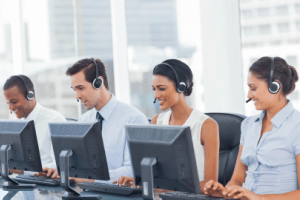