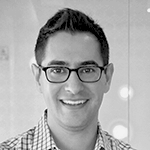 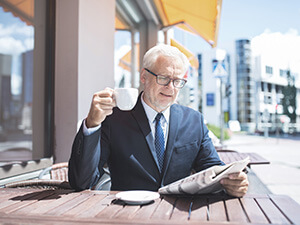 Last week, I had the privilege of attending the 2018 MIT CDOIQ Symposium in Cambridge, Mass. The event brings together data practitioners and business leaders from a variety of sectors to advance the professional development of Chief Data Officers. Throughout the three days of workshops and classroom-style lectures, attendees were treated to a rich agenda with topics ranging from regulation to artificial intelligence. While I wish I could have attended all of the sessions, I wanted to share some common themes from the workshops I did attend.

What is Big Data not?

Business leaders today talk a lot about Big Data, but their definition of what that means can vary pretty significantly. In his keynote, Thomas Sasala of the U.S. Army says that it’s important to talk about what big data is not. For one, big data is not simply having a lot of data. It’s not about putting all of your data into one place, such as Hadoop. It is not about using the latest and greatest coding languages like R and Python. And Big Data is not a dashboard.

Embracing the benefits of Big Data means overcoming many of the misconceptions that people have. For example, there tends to be a lot of hype around the capabilities afforded by Big Data, especially at the C-level, but much of that is unrealistic due to data silos, poor data quality, and a number of other reasons. Talent and technology also happen to be common challenges to embracing big data, as organizations struggle to maintain the optimal combination of skill and adequate tools to augment that skill. Lastly, one of the most significant challenges is what Sasala calls “data mine-ing.” By this, he is referring to individuals in the organization that are protective and territorial over the data they manage. This creates silos and prevents data from being leveraged as an enterprise-wide asset, which is contradictory to the purpose of big data.

What is the value of data?

In his keynote remarks titled “Infonomics: Monetizing, managing and measuring data assets,” Doug Laney, a Gartner analyst, firmly repudiated the claim that “data is the new bacon.” His point is this: in our attempt to coin the next pithy slogan around the importance of data, we have drawn a comparison between two very dissimilar things. We have all heard the phrase “data is the new oil,” for example, and there are many out there today saying “data is the new bacon.” The problem with these phrases is that data is only similar to oil and bacon in that it is a popular commodity. However, unlike oil and bacon, data assets are what Laney describes as non-rivalrous and non-depleting. In other words, there’s no limit to how often you can use and reuse data – it simply won’t run out. One might say, data is not the new bacon—data is the new bottomless brunch.

This year’s MIT CDOIQ Symposium was one for the books, and the coverage of data topics would leave even the most seasoned data professional satisfied. With that said, one common theme that seems to underpin many of the sessions is the quality of data used. Whether you’re working on predictive models, machine learning, artificial intelligence, or plain-old business intelligence, having a foundation of trustworthy data is critical.

Do you trust the information you have to fuel your data initiatives? Learn how Experian Aperture Data Studio can help you manage the quality of your data for improved analytics, operations, and more.