What lists does ISTWatch use? 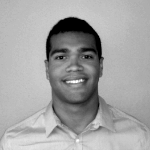 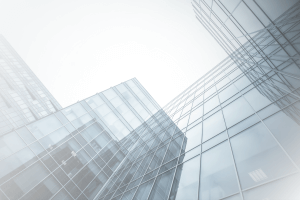 It is important for companies to comply with the Office of Foreign Assets Control (OFAC) regulations. Failure to do so can result in fines and even imprisonment. Experian Data Quality offers an OFAC-compliant software called ISTwatch, which allows companies to search and match names against a number of compliance and global watch lists. The following provides the lists used by ISTwatch:

OFAC lists are maintained by the U.S. Treasury's Office of Foreign Assets Control (OFAC) and include the Specially Designated Nationals List (SDN), Consolidated Non-SDN Sanctions List (Palestinian Legislative Council (NS-PLC) List, The List of Foreign Financial Institutions Subject to Part 561 (the Part 561 List), OFAC Foreign Sanctions Evaders (FSE) List, OFAC Sectoral Sanctions Identifications (SSI) List, Non-SDN Iranian Sanctions Act (NS-ISA) List), and Lists of Sanctioned Countries. The entry is added to the SDN list if “OFAC made a determination that they are owned or controlled by, or acting for or on behalf of, a government of a sanctioned country or are designated international narcotics traffickers or terrorists targeted by the United States government."

OSFI lists are supplied by the Office of the Superintendent of Financial Institutions in Canada and contain names of individuals and organizations subject to the Regulations Establishing a List of Entities made under subsection 83.05(1) of the Criminal Code or the United Nations Suppression of Terrorism Regulations.

UK lists are consolidated lists of asset freeze targets designated by the United Nations, European Union and United Kingdom under legislation relating to current financial sanctions regimes. The data was formerly provided by the Bank of England, and is now maintained by HM Treasury.

The “World Leaders List”, or PEP (Politically Exposed Persons), is published and maintained by the CIA, with the addition of the US White House Administration. The list contains a directory of Chiefs of State and Cabinet Members of Foreign Governments. In addition, the list also identifies the heads of central banks for each country as well as ambassadors to the United States and permanent representatives to the United Nations, even though they may not be cabinet members.

The Excluded Parties List System (EPLS) provides a single comprehensive list of individuals and firms excluded by Federal government agencies from receiving federal contracts or federally approved subcontracts and from certain types of federal financial and nonfinancial assistance and benefits. The EPLS is used to keep agencies abreast of administrative, as well as, statutory exclusions taken throughout the Federal Government. The list was formerly maintained by the General Services Administration, and is now part of the System for Awards Management.

These lists help companies adhere to Federal and international regulations. For the most part, they refer to individuals or groups with whom trade is prohibited. ISTWatch protects your organization from facing penalties associated with unsanctioned communication with these parties.

Do you want to make sure your organization is not at risk?