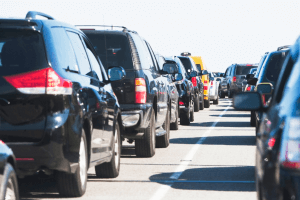 This year’s AAMVA International Conference (AIC) was held in the “City of Brotherly Love”—Philadelphia, Pennsylvania. As it does each year, the AIC attracted representatives from across the North America who work in the public sector, particularly those that work in the motor vehicle space. The conference, which ran from August 21 – 23, covered many of the most pressing topics currently facing those in the motor vehicle space. There is a major emphasis on improving the customer experience and reducing wait times at department of motor vehicle branches in regions across America. One of the major areas of emphasis comes around the regulations for REAL ID. To improve customer experience and comply with new regulations, many departments in states and provinces around America are undergoing system modernizations. Outdated and legacy systems do not provide the necessary functionality they need to keep up with the changing expectations set by customers and legislation alike.

Modernization efforts are complex undertakings. We spoke to some states that are planning a modernization, some that were currently underway with their efforts, and even a couple of states that have completed modernization efforts and are now looking to optimize use of their new systems. A common thread among these conversations, regardless of which stage they were at in the process, is that data quality is consistently a challenge in these efforts. Many states discussed having duplicate records for their drivers, or having data errors such as birthdates that do not exist (say November 31). With stricter standards for data in the new systems, like needing birthdates to be real dates, many states run into issues that create a high degree of rework—often requiring manual intervention to remedy the data errors. These kinds of issues can stand in the way of DMVs hitting their go-live dates for the data conversion piece of their overall modernizations.

REAL ID was another term we heard over and over again at the conference. REAL ID refers to the legislation that stipulates set standards for the issuance of sources of identification, such as licenses. The act, originally passed in 2005, will be in full effect by October 2020. This means that before then, all states are expected to update all existing licenses to be REAL ID-compliant identification. Starting on October 1, 2020, only REAL ID-compliant licenses will be accepted for air travel. With the new standards, DMVs across the country must prepare themselves for high volumes of traffic to all their branch locations, as drivers must physically show up to a DMV location in order to update their licenses to REAL IDs. As states work toward the goal of “one license—one driver,” the need to have single, accurate, and up-to-date records for each driver in their state will be an even greater area of focus than before.

Overall, one of the most common motivations for DMVs behind their top priorities is improving the customer experience. Modernization efforts are directly tied to accelerating customer interactions at the front counter, including reducing the need to even enter a branch location by digitalizing many services. A positive customer experience is also a primary concern regarding the full roll out of REAL ID. As every driver in the United States will be expected to visit a DMV branch to physically present valid forms of identification within the next couple of years, many are interested in how to speed up services and ease the experience for their customers. Many realize that the answers lie in data. At one point, a DMV administrator said, “to measure is to know.” And that means that collecting data, analyzing it, and using information to inform decision-making moving forward.

DMVs and their counterparts across the public sector have made great strides toward becoming data-driven and continue to modernize their approach. Check out The 2018 state of data management: A public sector benchmark report to learn about the top trends.